Home › Uncategorized › Yet another postcard from Istanbul (don’t worry, this is the last one)

Yet another postcard from Istanbul (don’t worry, this is the last one)

Posted on February 23, 2015 by Richard Darlington — Leave a comment

I’ve just left the Think Tank Initiative Exchange in Istanbul. While I write this on my laptop in the traffic jam on the way to the airport, 43 think tanks from 20 countries across sub-Saharan Africa, South Asia and South and Central America are STILL discussing research quality and impact.

Now that I’ve got some fresh air, I realise my last postcard may have been somewhat overly light-hearted, but I know that you at Think Tank Review sometimes take an irreverent view of the process of think tanking. So in this, my final postcard, I’d like to slightly change format (mid-blog post series) and conclude in the style of a post-structural critical theory thesis (I tried this once before, with limited success, in a post on press release embargoes). 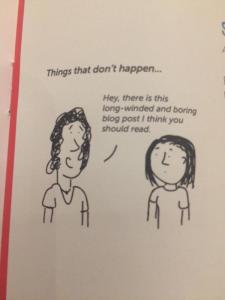 A more academic tone would be a fairer reflection of the discussions in Istanbul, which have been, in equal measure earnest, authentic, credible and above all, serious. It is perhaps the only way to do justice to the complexity of the issues with which the conference has grappled.

In a breakout session on collaboration, my theory guru Peter Da Costa prefaces his remark with the phrase: “context matters”. For at least a second and a half the earth stops turning on its axis. While this might seem like a statement of the obvious (when taken, admittedly, out of context) it is actually at once both everything and nothing at this conference. Everything because how you change policy in Tanzania is not the same as how you change it in Peru and don’t even get me started on Bangladesh…

Wait, the traffic seems to be moving. No. We’ve stopped again.

Anyway, so, context matters… or does it? The way the internet works is the same in Ethiopia and Brazil and Sri Lanka but obviously the way that people use the internet is not the same. The world over, policy-makers are suffering from information overload. It is just that for some of them, it is a more recent phenomena but for others it is crippling them. While, at the same time, others have found tools and processes to deal with it. No one has ever ‘literally drowned in their inbox’.

As a species, policy-makers adapt to survive and so must think tankers. Think tanks may start life as prisoners of their context but they must transcend it, diversify and eventually ‘make the weather’. 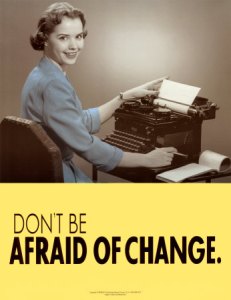 And yes, theory matters too. In that sense ‘context’ is both tangible and theoretical at the same time. On day one, Enrique Mendizabal tweeted: “I remember before ‘Theory of Change’ was all the rage” and linked to a blog post which explains how DFID asked him to rewrite a proposal and remove all references to ‘theories’ because they thought his paper was ‘too theoretical’.

Theories of Change and their bedfellows, LogFrames, are now the language of the development community and their involvement in TTI is a double-edged sword. Let’s be clear, without them, it wouldn’t be happening. But by forcing think tanks in the developing world to account for their work in development-ese, it limits possibilities.

Oh, traffic moving… Errr… No. As you were.

Half way through the conference I was contacted by two London-based journalists. The first, from the Guardian Development blog, wanted a quote from me reacting to research which shows what a dysfunctional relationship international NGOs have with the British media. Without using the phrase, my quote essentially says “context matters”.

The second message was from a political correspondent on a right-wing Sunday newspaper who was following me on Twitter. He said simply: “Where exactly are you?!?” My reply? “Don’t worry about it, mate. You wouldn’t understand even if I could be bothered to explain. Trust me, you’re better off not knowing. Shall we catch up for coffee when I get back?”

The UK context to the conference is two-fold. Firstly, a political party that has pledged to cut DFID funding from £11bn a year to £2bn a year to focus it on (in their words) “what we know works” (vaccinating children, digging wells, giving out tents after earthquakes, you know the sort of thing), well they topped the UK polls at last year’s European elections. At the moment, they are consistently supported by one in six of the British public in voting intention polling, with a General Election just two months away. In that context, it could be ‘bye-bye-TTI’ (or should that be ‘cheerio’?).

And the rest of the $200 million from donors? I’ll leave others better informed to explain the context of Silicon Valley philanthropy and the ridiculously alleged hidden agenda of the Norwegian government to turn Congress and the White House into clients of nordic social democracy.

Secondly, those think tanks in Africa, Asia and South America that primarily focus on changing their government’s national (or indeed local, federal or devolved) policy, seem to me to have more in common with most UK think tanks than the UK development sector represented at the conference. Controversial? Now in the interests of transparency, it would be wrong at this point not to declare two interests. Firstly, I would like to collaborate with TTI think tanks because I think we could learn from each other. Also, I worked briefly for DFID (although in my defence, it was simply a political advisory role, with no programming responsibility), so I perhaps I am one of those development people too.

If this traffic doesn’t get moving soon, I will miss my flight and this blog post might never end!

Speaking of transparency, I attended the ‘dialogue’ on transparency in the ‘Open Space’ on day three. Again, it would be wrong not to be totally open and honest about what was discussed. Although, I confess that I have struggled all week with names, faces and think tank acronyms, so I am unable to explain exactly who said what to whom. Luckily, QQ recorded it and plans to issue it as an OnThinkTanks podcast, purely in the interest of transparency, you understand.

We talked about both the value and limitations of public ranking systems like Transparify. We talked of the difficulty of having USAID slap their “FROM THE AMERICAN PEOPLE” stars and stripes on the cover of your report that recommends a controversial change in your government’s foreign policy. We talked of the possibility of your competitors contacting your listed funders with better project proposals for next year than you will ever have. We talked about the way that total funding figures (and even individual staff salaries) sometimes seem mind blowing for members of the public. And we talked of the difficulty of publishing budget spending breakdowns for projects on improving national security or auditing abuses by military intelligence.

And yet, we still conclude, that if you are clear about the choices you have made in your transparency policy, it is better to make those choices and justify them in public, than to endlessly wrestle with them in private. We’d like to see TTI advance three principles of in a context-specific-adaptable model transparency policy: 1) transparency should be ongoing and not just an annual event, 2) transparency should not be limited to funders and financials but should include the process of research itself, 3) we should use the same level of professionalism and sophistication to communicate our transparency as we use to communicate our research.

Ah, ha! Yes! International Departures. This is where I bail out. I’ve just realised that I have forgotten to put any academic references into this blog post. There is no time now, I have a plane to catch! But perhaps I could just pay tribute to my Turkish taxi driver’s impeccable taste in music. Had it not have been for his Celine Dion’s Greatest Hits CD on repeat, the last few hours could have been a real drag. IDRC’s administration of TTI is not the only major contribution to modern global culture that we have to thank the Canadians for.

Head of News at IPPR and co-founder of WonkComms

(Whose other postcards are here and here and much, much, much shorter than this one)